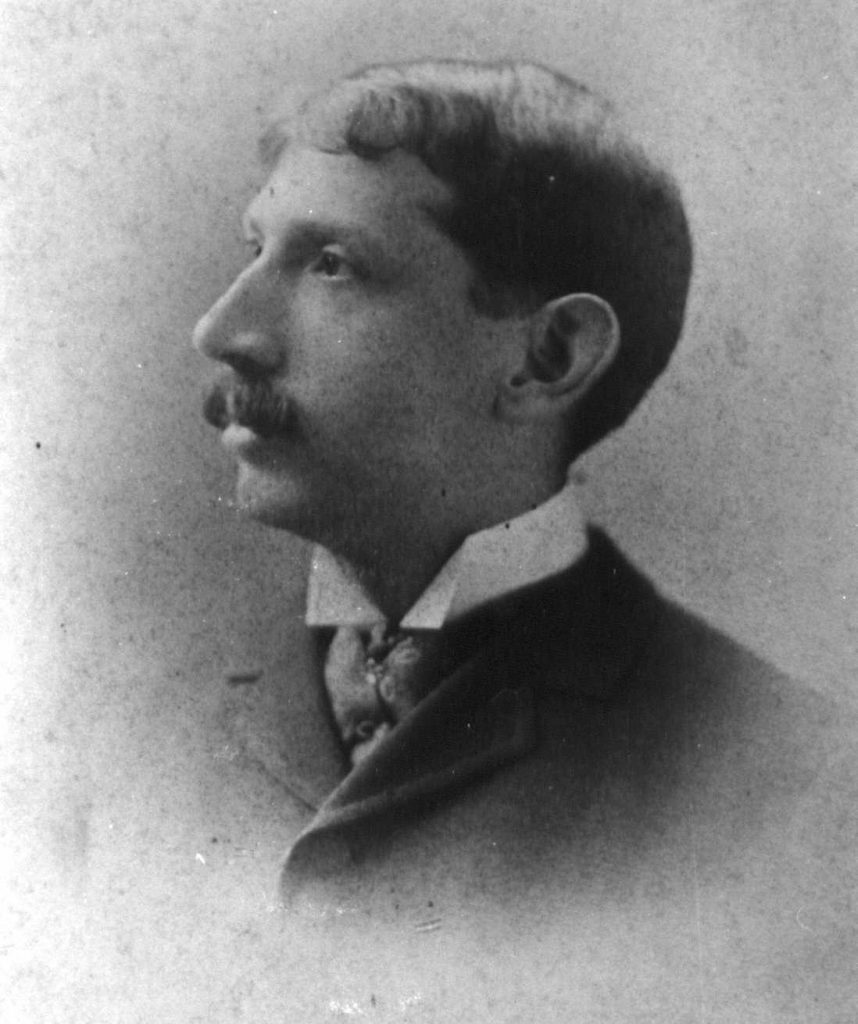 Robert Bridges’ father, John Bridges, was born February 17, 1815 in Fife County, Scotland. In 1838, at the age of twenty-three, he immigrated to America from the Port of Kirkcaldy, Scotland. This small seaside town was home to the Lowlander Bridges clan. In 1816, Robert Ferguson Bridges had also previously immigrated to America from Fife County and he settled in Hancock, Maryland. When John arrived in Hancock he moved in with his uncle, Robert Ferguson. In 1819, Robert’s daughter Mary was born and the family lived in the Bridges’ home on Main Street in Hancock. Mary was the sister of the future successful business entrepreneur Robert Bridges of Hancock. In 1840, against the will of Robert Ferguson’s, John married his first cousin Mary. The young couple settled in Shippensburg, Pennsylvania. When cousins marry cousins it is scientifically believed that the offspring are either idiots or geniuses. One of the offspring of John and Mary was going to decidedly fall on the side of the pendulum of genius and he was destined to become a part of the intellectual American elite establishment.

On July 13, 1858, Robert Bridges was born to John and Mary at their home on King Street in Shippensburg. One of Robert’s earliest childhood recollections was that of seeing a group of Confederate cavaliers ride down King Street looting and pillaging from house to house. In July of 1863, these same men in gray were ordered by Robert E. Lee to turn back at the Susquehanna River to meet the approaching Union General Meade at Gettysburg, Pennsylvania. Bridges, as an adult, remembered the loud booming noises that occurred for three days. He naively believed the noise to be thunder. What he really heard was the cannon on the battlefield of Gettysburg only a few miles east from Shippensburg. Little did this innocent six year old boy know that the greatest generals and militaries in world history to date were clashing, fighting and killing for their “Causes” in the greatest of all Civil War battles in American history.

In 1875, Bridges enrolled at the prestigious Princeton University. At a young age it was noted that games of the mind were young Bridges forte. The pursuit of the intellect and the development of his mind to genius was in the future of Robert Bridges. There were a number of notable Americans in the class of 1879, including Cyrus McCormick and Woodrow Wilson. A historian noted “Finer relationship between men, more devoted, could scarcely be imagined than those between Wilson and certain of his classmates like Robert Bridges.”[i] Bridges was principally responsible for opening opportunities at Princeton for Woodrow Wilson, “but it was the devotion of friends of the faithful class of 1879, Robert Bridges chiefly, which secured him his opportunity at Princeton.”[ii] Bridges enabled doors to be opened for Wilson which resulted in his first professorship at Princeton University. Wilson would go on to become the president of the University and more notably of the United States of America.

Bridges’ reflections on Wilson’s academic and intellectual mind are of interest: “‘we soon found out’ writes Bridges, ‘that he had an eager mind’… ‘he was as keen for the life of the college as anyone of us: but we soon discovered that what he called, ‘the play of the mind’ was as exhilarating to him as the play of the body to the athlete.”[iii] Bridges was Wilson’s closest friend and confidant through both of his terms. Few men, like Robert Bridges, had the opportunity to see through an insider’s perspective on the policies of a United States President. Wilson embodied America’s isolationist mentality during his presidency. If it had not been for World War I Wilson’s foreign policies might have remained viable. But the German concept of world domination finally forced Wilson to take decisive action in world matters. 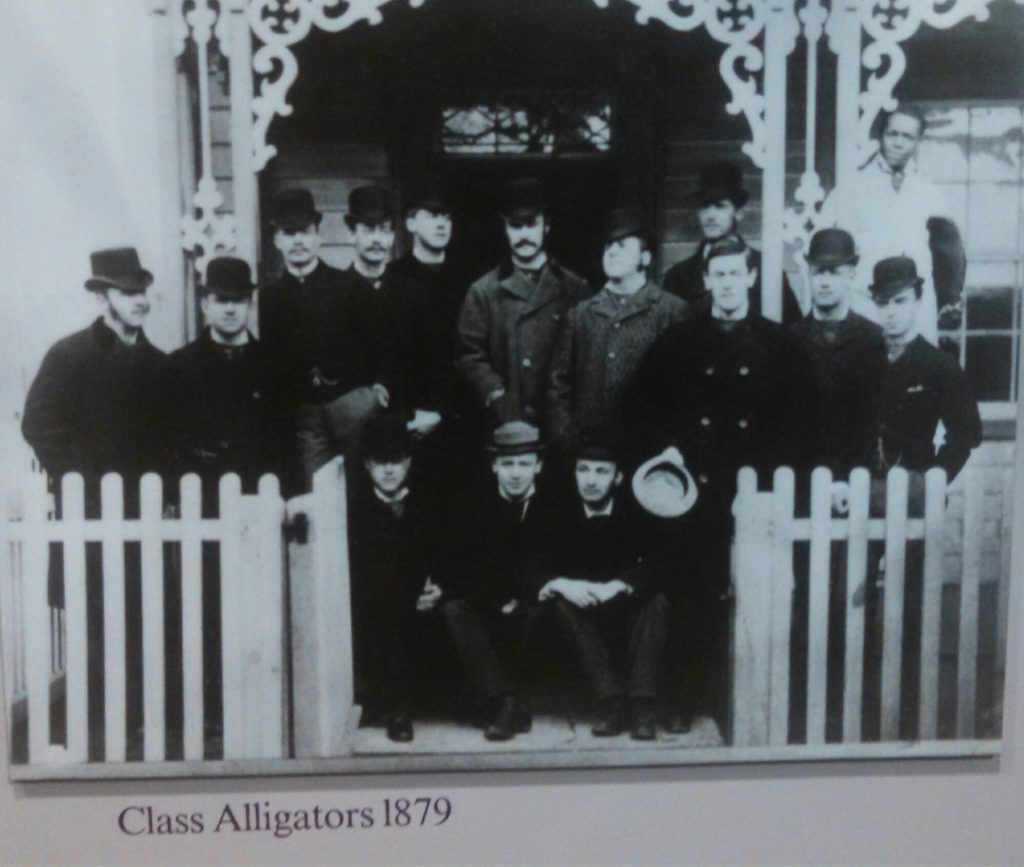 Bridges first work as an editor was for the start up magazine called Life Magazine and he had done an excellent job in getting it up and running. In February, 1887, Bridges accepted a call to become Assistant Editor of Scribner’s Magazine in New York City. In 1910, the much younger Max Perkins, a Harvard man, was hired in the marketing department to be Chief Editor of Scribner’s.

During his time at Charles Scribner’s Sons Bridges became good friends with President Roosevelt. A historian noted, “This was back in 1905 while Bridges was still Assistant Editor. Even then Bridges’ friendship with Roosevelt was so close that no one in the house dared impinge on it.”[i] Bridges remained close to both Roosevelt and his classmate Wilson in his early years at Charles Scribner’s Sons. A historian recalled “Bridges loyalties were remarkable and sometimes conflicting. How, for instance he continued an equal devotion toward Theodore Roosevelt and his old Princeton roommate Woodrow Wilson was incredible.”[ii] His political instincts and his ability to establish contacts with the White House were remarkable.

Bridges was invited to the White House many times during his tenure at Charles Scribner’s Sons. When Theodore Roosevelt returned from his six months African hunting and European tour Bridges was invited to the dinner. Bridges remained a dedicated editor of Roosevelt’s books and was the editor responsible for bringing him to Charles Scribner’s Sons to be published. One of Roosevelt’s most famous books was Game Trails. The book was a detailed accounting of the six month African safari trip. It became a best seller and Bridges’ editorial hand played a role in the book. Bridges reviewed F. Scott Fitzgerald, James Joyce and even rejected one of Hemingway’s works because it was so depressed and dark, according to Bridges’ own critique. 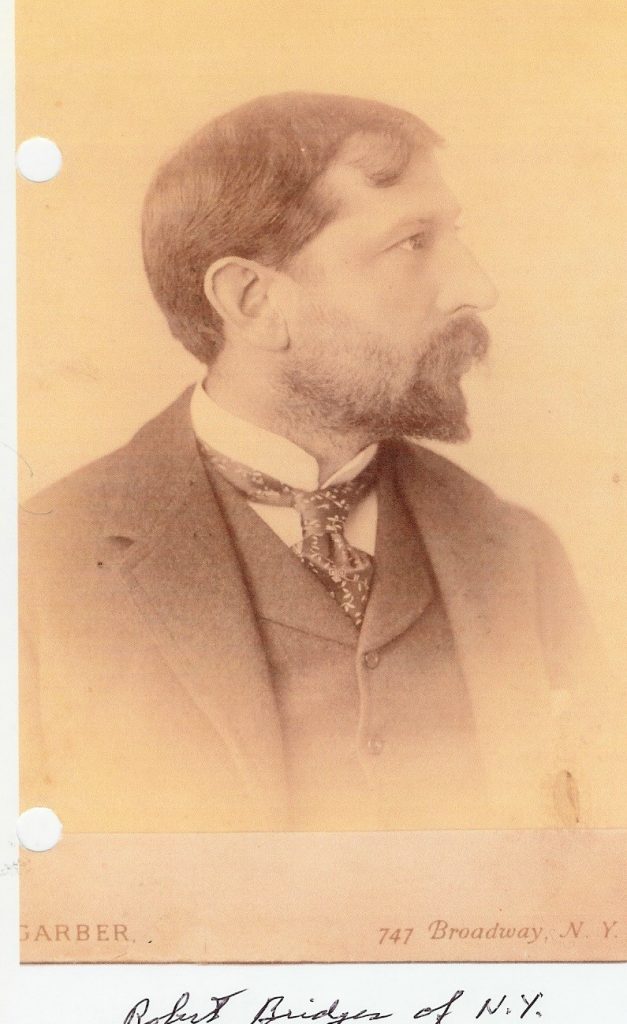 Bridges lived at the University Club of New York. By 1914 the Editor-in-Chief Edward Burlingame retired from Scribner’s Magazine, the most important literary magazine in the country. Bridges was promoted to Editor-in-Chief of Scribner’s Magazine. A historian stated, “It is true that the Magazine’s first editor had retired in 1914. But the least objective biographer of Burlingame could not attribute to this the failure to break even. The standard, under Robert Bridges, his successor, had not lapsed. The circulation has not dropped.”[i] Robert Bridges retired in 1930 from active editorship at Charles Scribner’s Sons and moved back to his boyhood home in Shippensburg, Pennsylvania. In 1941, he died in his home having given his life to the development of the American intellectual elite culture. 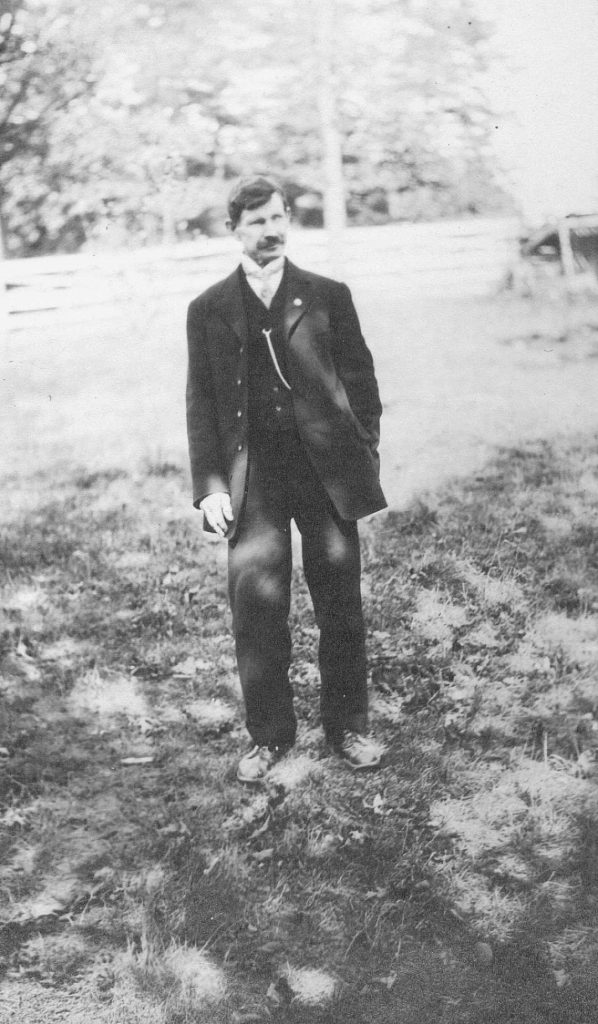 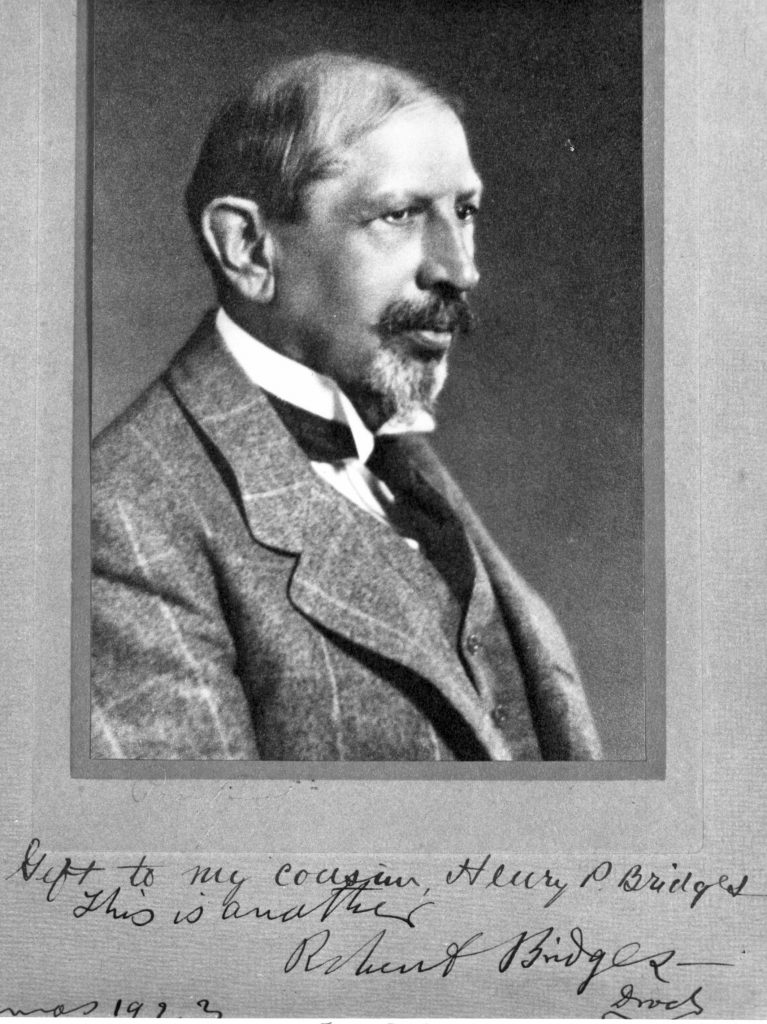 Link, Arthur S. The Papers of Woodrow Wilson. Greenwood Press. 36 Volumes. (not quoted here, but has entire relationship of Bridges and Wilson chronicled) 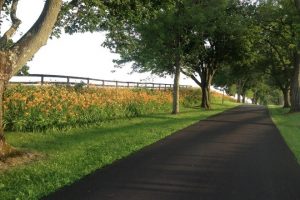 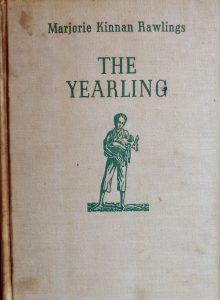